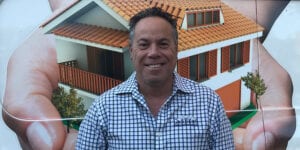 Message From The President

It only takes one storm to change your life and community. Hurricane season is again upon us and it is imperative that all of us are prepared and evacuation and home protection plans are in place. The Gardens Home Management Services (GHMS) team is geared up for hurricane season 2019 and ready to weather the storm. Remember, we will keep you informed with hurricane updates on the front page of our website! Sincerely, Chip Sollins

Click Here to download and read our hurricane program thoroughly as it has changed from last year. All forms received with payment prior to June 1st, will be put on the list and charged the $75.00 fee. Any forms that are received after June 1st, will be charged $125 to be a part of our program. We will not accept any forms after June 30th. The program and special pricing is only valid for home-watch customers of Gardens Home Management Services. If you are not a home-watch customer and would like to be a part of this program, the cost to be on the list is $175.00. Contact Us To Learn More!

Long-range forecasters from AccuWeather have issued their predictions on the 2019 Atlantic hurricane season, which includes the Atlantic Ocean, Caribbean Sea, and Gulf of Mexico, and runs from June 1 to November 30 (the Eastern Pacific hurricane season runs from May 15 through November 30). Forecasters are calling for a hurricane season that is close to normal, which means 12 to 14 named storms will likely develop in the Atlantic hurricane basin between early June and late November. “Of those storms, five to seven are forecast to become hurricanes and two to four are forecast to become major hurricanes,” AccuWeather said.

It only takes one storm…

Overall, AccuWeather believes two to four tropical storms or hurricanes are likely to impact the United States this year. An average hurricane season has 12 named storms in the Atlantic, six of which strengthen into hurricanes, and three of those becoming major hurricanes. Last year, the Atlantic hurricane season had 15 named storms, with eight becoming hurricanes. Although it wasn’t as active as the 2017 season — which produced 17 named storms with 10 hurricanes — the 2018 season was memorable for the widespread destruction caused by Hurricane Florence and Hurricane Michael in the eastern and southeastern United States.

Tropical cyclones are among nature’s most powerful and destructive phenomena. If you live in an area prone to tropical cyclones, you need to be prepared. Even areas well away from the coastline can be threatened by dangerous flooding, destructive winds and tornadoes from these storms. Hurricane Preparedness Week (May 5-11, 2019) is your time to prepare for a potential land-falling tropical storm or hurricane.

Visit our website for important updates on Hurricanes that will effect South Florida. We are here to keep you informed regarding hurricane alerts and warnings.